At some point, you’ve probably heard of the phrase “Internet of Things” or IoT but find yourself scratching your head trying to figure out what that is.

IoT refers to the connection of devices, other than computers and smartphones to the internet. Kitchen appliances, lighting and even cars can now all be connected through IoT. As Internet of Things grows, so will the list of devices, it can control. The graphic below compiled by Hewlett Packard gives you an idea how IoT has developed since 1990 and where it is going purely on the scale of devices it will control in the future.

If HP’s predictions are to be believed, then science fiction will become science fact as we move towards a fully automated world.

What at are the current and future real world applications of IoT?

The most searched IoT term on Google is the “Smart Home”. You’re on your way home from work on a cold winters evening and you realise that you forgot to set your heating. Wouldn’t you love to be able to turn on the heating remotely from a phone app as you make your way home. If you have a smart or network connected heating system, then you can. In fact, a great number of people regularly use features such as this.  Why stop there, just go into any large electrical retailer and you’re sure to find any number of smart home devices for lighting and electrical sockets. Smart devices are also increasingly popular for home safety and security. The following video gives you an idea of where the smart home is at and where it’s heading.

There has been an explosion of smart wearable devices on the market in recent years with huge investment and competition between big companies such as, Apple, Samsung and Google. The wearable is a device that is fitted with sensors which collects data and information about the user.

The obvious use here would be health and fitness with devices competing to be the all-round device for your personnel wellbeing. As I’m writing this I’m wearing my own wearable, a watch that has an optical heart rate monitor, GPS positioning and even a MP3 player with connectivity for Bluetooth earphones. The Tom Tom Runner is one of the first devices to have all 3, eliminating the need to have a separate fitness watch with GPS, a chest strap Heart Rate Monitor and separate MP3 player. Similar devices are now starting to come on stream from the likes of Garmin and Polar.

It was inevitable that as motor manufacturers embraced the age of smart technology there would be an ever-increasing range of vehicles available to consumers with sensors to optimise passenger comfort and internet connectivity. Most new car commercials now show vehicles with touchscreen entertainment systems with displays full apps that more closely resembles your smartphone and the ability to wirelessly charge, said smartphone. Major brands like BMW and Tesla are working with the likes of Google and Apple to bring the next generation of smart vehicles to the market.

Smart city envisions a city where IoT controls the likes of traffic management, water distribution, waste management, urban security and environmental monitoring. Its popularity is fueled by the fact that the Smart City promises to alleviate the real pains of people living in modern cities. Who wouldn’t be happy to have technology solve traffic congestion, reduce noise and pollution and help make cities safer.

There are literally dozens if not hundreds of applications for IoT, including Smart Retail, Smart Farming, Connected Health and Smart Supply Chain. A simple Google search will list any number of current and future applications.

While it is generally agreed that Internet of Things will greatly improve quality of life, there are some very real concerns about our reliance on all things connected and how vulnerable we leave ourselves. Let’s be honest, put almost any of us in a room with no WiFi or 4G signal and we feel as if Armageddon is upon us.

But more seriously, what about the security concern of such a reliance on all thing connected?

A few weeks ago, IT.ie posted an article on Ransomware http://it.ie/ransomware-common-bad-practices-biggest-threat/, explaining what it is and how you can protect yourself and your business. In that article, I also mentioned the next evolution in cybercrime known as Jackware. Simply put when you put Ransomware and IoT together you get Jackware. In fact, I only recently watched an episode in Season 2 of Madam Secretary (great show) where Tia Leoni plays the US Secretary of State. In this episode, both the Secretary and her family are being harassed by an online stalker and cybercriminal and in one particular scene, a number of items in her home, including her TV, Lighting and fridge start randomly going on and off culminating in her house alarm activating and her security detail rushing into her home, guns drawn. In this instance the cybercriminal could access and control her home network and devices after accessing her son’s laptop, most likes by duping him into unknowingly installing some malicious software. This of course is a fictional show, however what happened is not fiction. As more and more devices are connected the worrying prospect of cybercriminals or cyberterrorists being able to access and control IoT devices is a deeply worrying prospect. That being said, and as highlighted in the Ransomware article, you are increasingly more likely to fall victim to Ransomware or Jackware as a result of your own common bad practices. C.U.B.E (Here) is a set of recommendations we at IT.ie suggest to help protect you from Ransomware attacks, which should also be of help to you in mitigating your chances of a Jackware attack.

The future is here and so get on board with IoT and start thinking about how it will affect you and your business. Think of how the internet has changed the way we all do business over the past 2 decades. IoT will change the way we live and do business, SO! Is your business IoT ready? 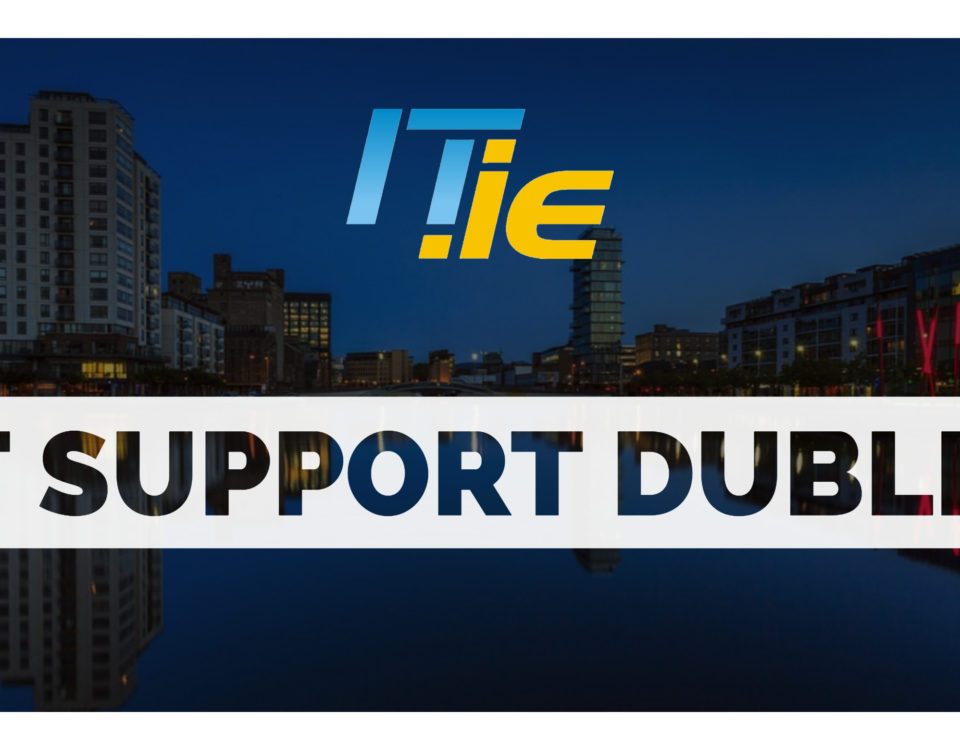